Right below the apex, the two nares (nostrils) are located, which are the piriform openings into the vestibule of the nasal cavity. Between the two nares is the nasal septum, and on their sides are the ala nasi (the lateral cartilaginous wings of the nose). 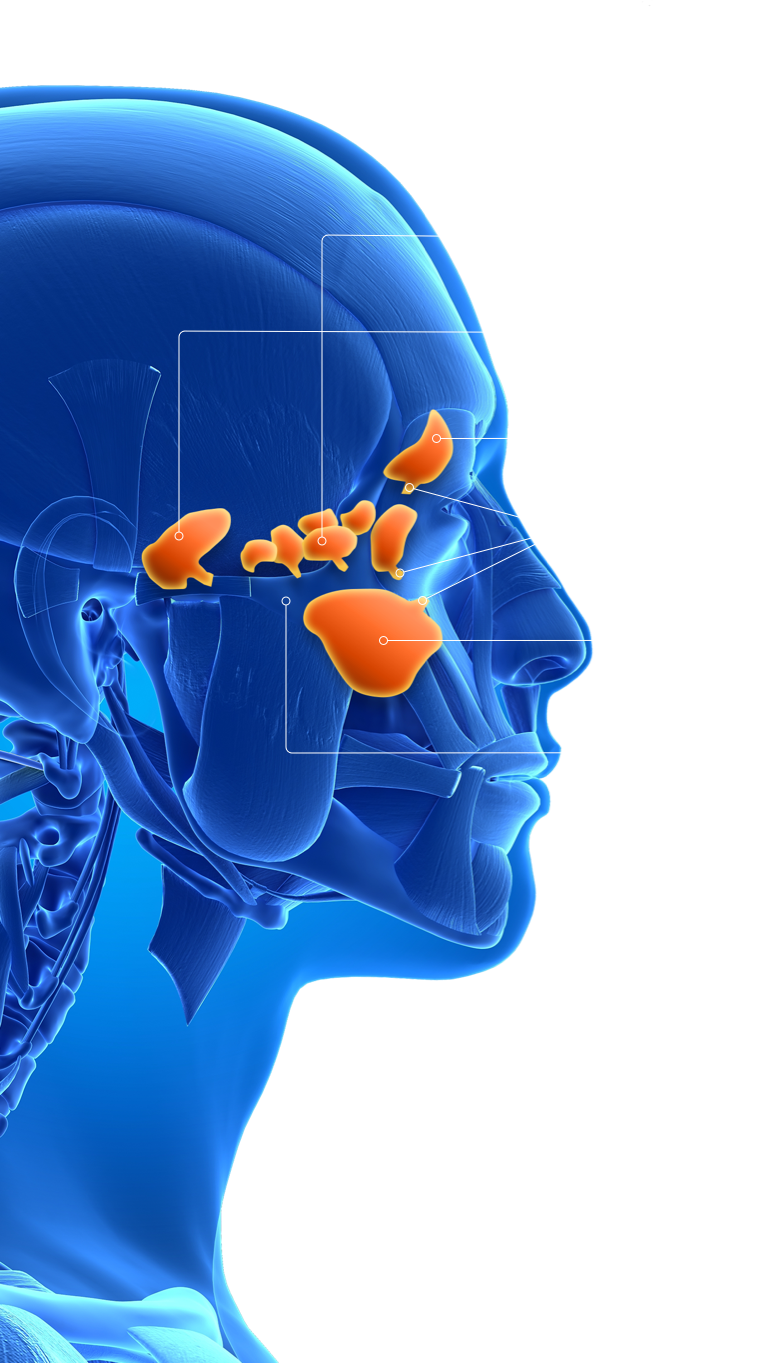 Anatomy of the paranasal sinuses

Surrounding the nose there are 4 pairs of sinuses that are called paranasal sinuses, and which drain into the nasal cavity through narrow channels called ostia. The mucus produced in our nose leaves the frontal (forehead) and maxillary (cheek) sinuses, then drains through the ethmoid sinuses (behind the bridge of the nose), so when there’s a backup in the ethmoid sinuses it is common to clog the other two types of sinuses. The final pair of sinuses are the sphenoid ones, which are located deep into the skull, behind the eyes. Sinusitis develops when one or more sinuses become blocked.

The main role of the nose as an organ is to be our body’s primary defence against germs. The tiny hairs and overlying mucus that line the nasal passages act as a filter, keeping away dust, germs and other particles that could enter our lungs and cause illness. The nasal passages also warm and moisten the air that we breathe so that by the time it reaches our lungs, the air is at the right temperature.